SPR™EX in the San Bernardino Mountains

SPR™EX in the San Bernardino Mountains

Rehabilitating storm drains and culverts for transportation departments is challenging, particularly when working in difficult site conditions. Nu-Line Technologies, Inc., of Encinitas, CA won a project by Caltrans District 8 for a trenchless lining job in the San Bernardino Mountains. The scope of work included rehabilitating  24” and 30” inch CMP storm culverts along the State Highway 330. 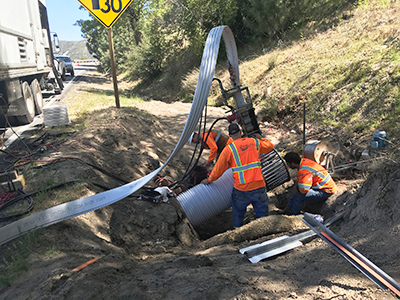 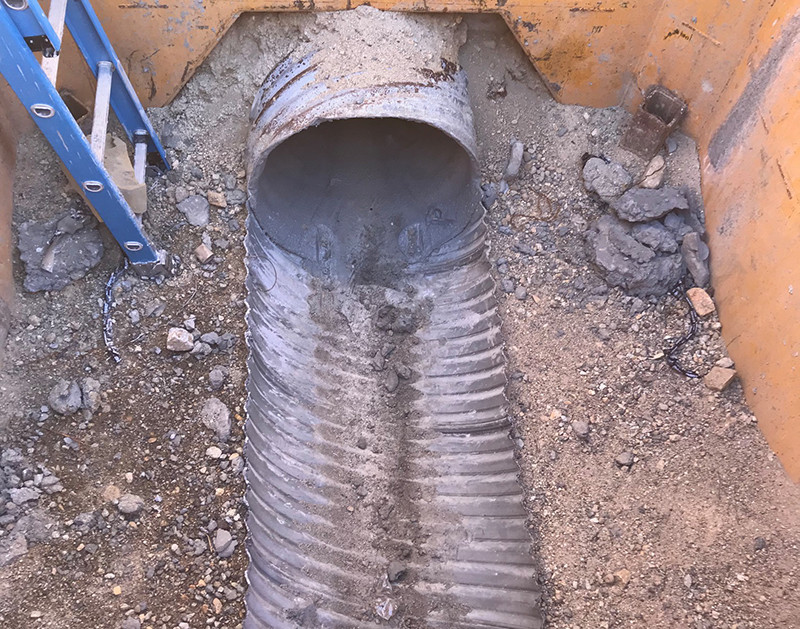 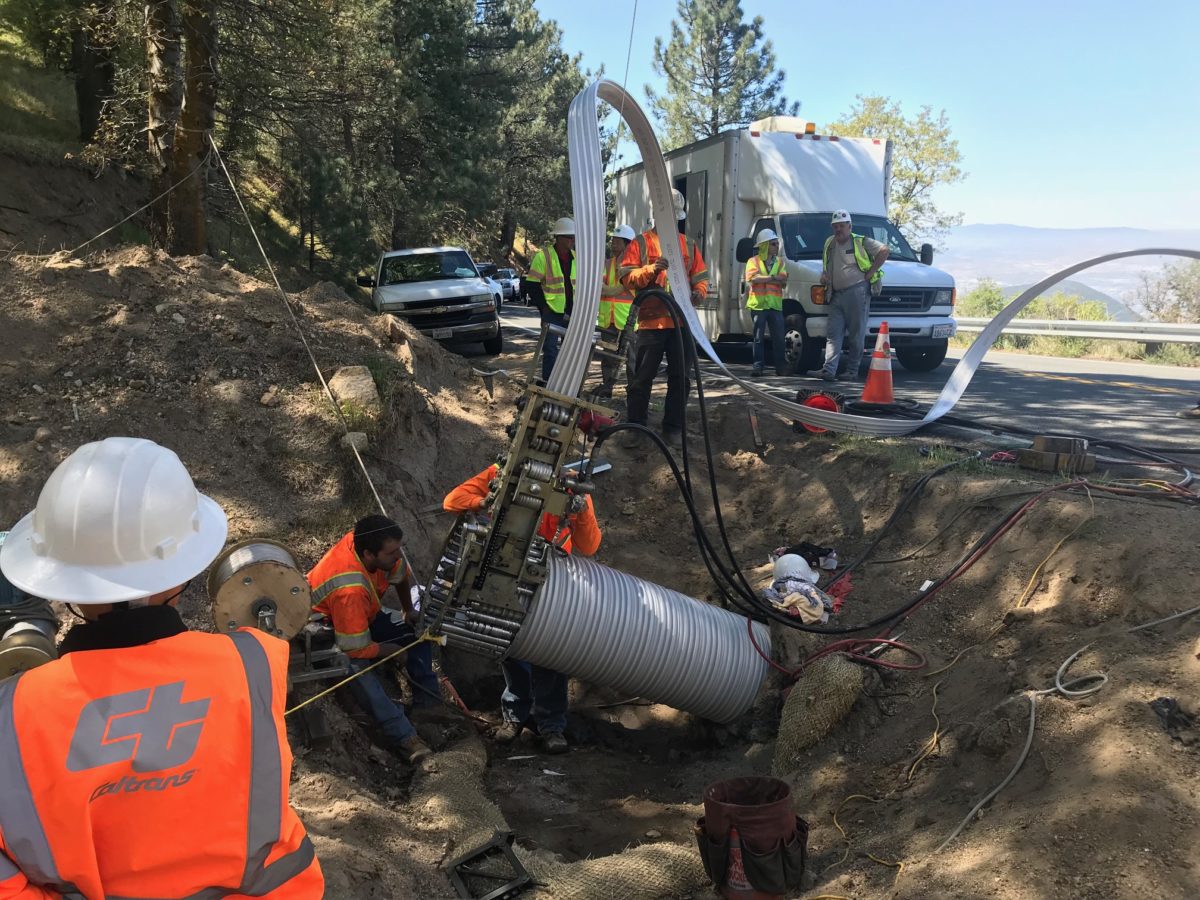 Spiral Wound liners were chosen as the best trenchless pipe lining method for this project.  First, Spiral Wound liners provide a structural repair solution for fully deteriorated pipe conditions as well as increase overall hydraulic capacity. The SPR™EX construction footprint is small and the set up is fast and efficient. The installation equipment is highly portable, allowing the contractor to do difficult and remote access set up.

Furthermore, due to the environmental and biological concerns from construction materials and methods, environmentally friendly materials were a necessity. Spiral Wound liners are mechanically installed, leaving no concern for styrene contamination in contrast to using a resin impregnated liner. 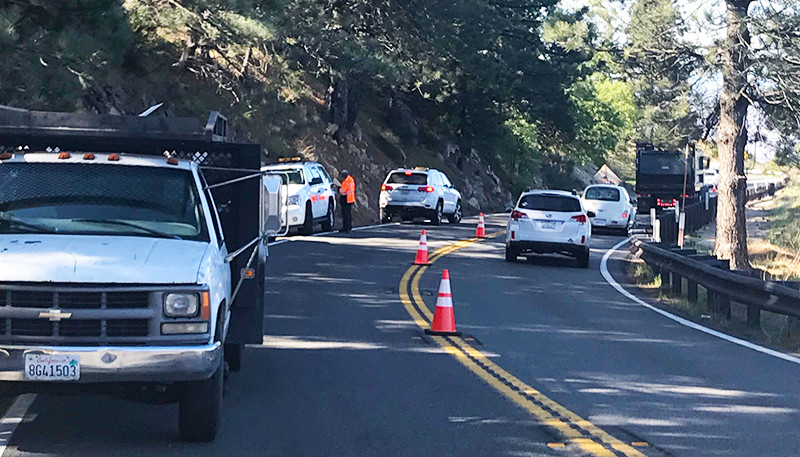 Site access on this project was particularly difficult. Route 330 is a two lane highway located in the San Bernardino Mountains. Traffic control would need to be carefully managed with this passageway being popular with tourists. The project site required a minimal presence as to keep the flow of cars moving and not to create safety/travel interference.

Access to the culverts was even more challenging. The inlets were typically located off the shoulder in wooded areas with the outlets located down steep inclines in dense brush. The SPR™EX installation equipment was typically set up at the upstream inlet. Crews were also located at the downstream outlet where they were able to hand carry equipment necessary to terminate the liner and to install end seals.  Due to slope and host pipe deformation, the contractor had to make intermittent adjustments to the installation equipment to control the lining process.

As mandated by the California Department of Wildlife (CSOFAW) and Caltrans Special Provisions, the Contractor was required to have a Biologist on site during key phases of the project. The CMP culverts to be rehabilitated were located within or near the habitats of regulated species including the Southern Rubber Boa and several nesting and migratory birds. The Biologist was responsible for preparing a biological information program to inform personnel and to guarantee compliance with the laws and regulations protecting said species The Contractor’s Biologist had to be on site during the pre-construction, clearing and grubbing phase to properly identify the habitat locations.

Based on the species, the Contractor was required to maintain specific distances from their habitat. In the case of the nesting and migratory birds, no work could be done during the nesting season and could only be executed once the birds had fledged. If any species was harmed by the Contractor’s work or if any other environmental or biological compliances were violated, the Biologist was required to inform Caltrans who would notify the California Department of Wildlife. Based on their assessment, the Biologist would be responsible for recommending alternative staging or construction sites. Additional measures would then be implemented to further protect the habitats. Since SPR™EX is a mechanical, environmentally friendly solution, the rehabilitation process posed no chemical contamination threat to the sensitive area. 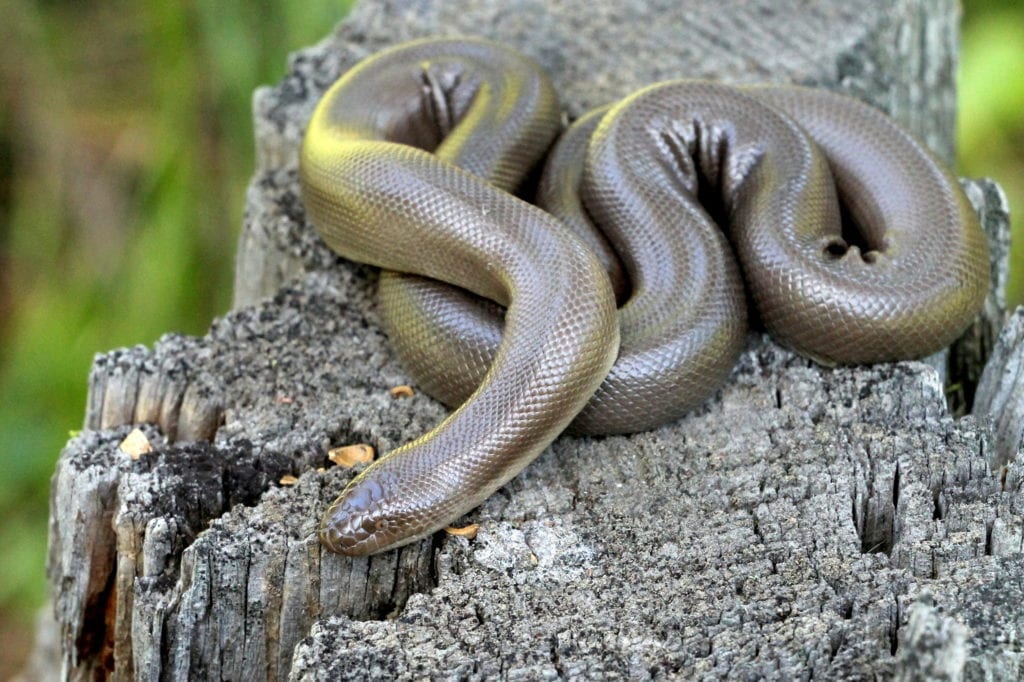 Although the site location proved to be difficult, Nu-Line Technologies successfully rehabilitated the CMP culverts using SPR™EX. “Due to the sensitive environmental areas, we found utilizing the SPR™EX product was the obvious choice in executing the project in a timely manner and limiting exposure in these work areas,” Says Connor Moore, Project Manager with Nu-Line Technologies Inc. “We are extremely pleased with the end result as was Caltrans District 8.” 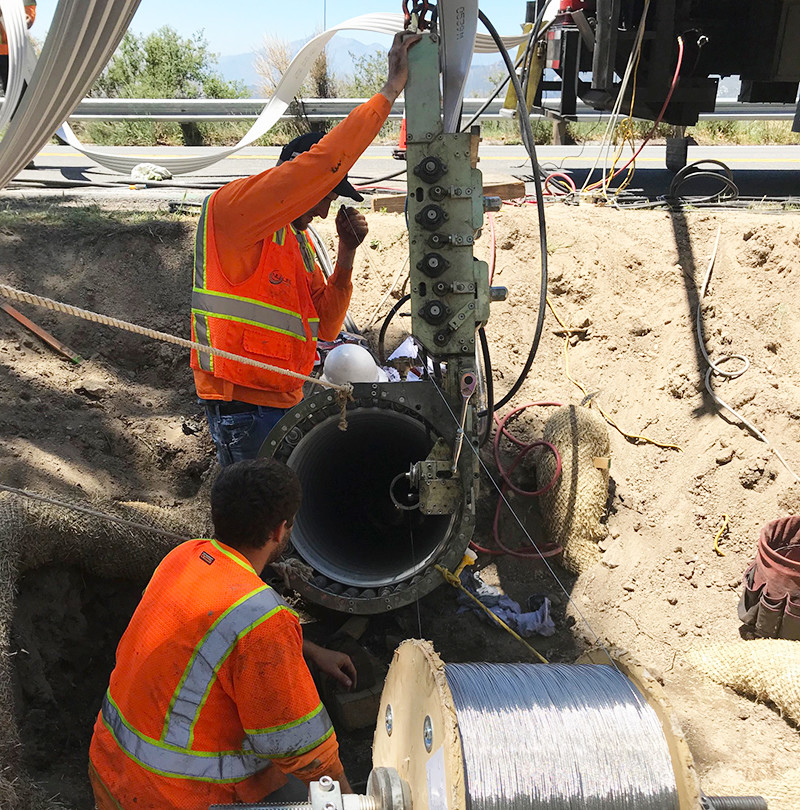 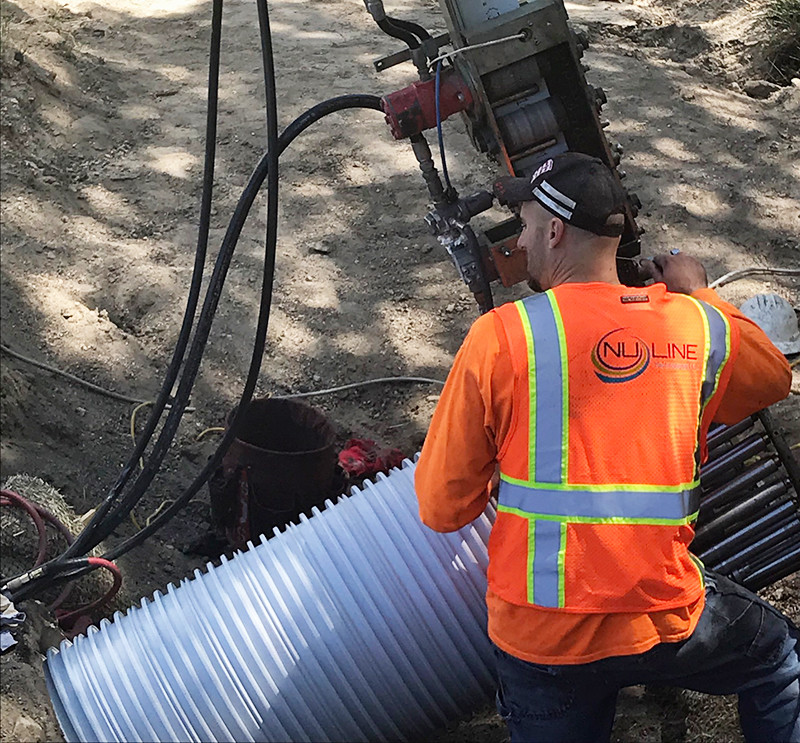 About Our Spiral Wound Installer

Nu-Line Technologies is one of our Spiral Wound installers located in California. Nu-Line has over 2 decades of experience installing our SPR™EX liners and additionally works in the plumbing, drain cleaning and building industries. Nu-Line is located out of Encinitas, CA.

Manage Cookie Consent
To provide the best experiences, we use technologies like cookies to store and/or access device information. Consenting to these technologies will allow us to process data such as browsing behavior or unique IDs on this site. Not consenting or withdrawing consent, may adversely affect certain features and functions.
Manage options Manage services Manage vendors Read more about these purposes
View preferences
{title} {title} {title}